There’s always been Chinese investors in and around the domain industry. However, it wasn’t until around 2014-15 when the industry really saw domain investing become more mainstream in the country. Since then, there has been a fairly steady demand for what’s know as Chinese premium domain names (also called CHIPS). CHIPS are consonant-only acronyms (usually between 3 and 5 letters or numbers) which contain only the most popular and commonly used within these Chinese language. Continue reading to learn more about Chinese premium domains, what letters and numbers are considered premium, and how you can start investing in some today!

I’ve talked in other blog posts about why short domains can be a good investment. Since there are a limited number of them (for example, there are only 456,976 possible 4-letter combinations) they hold some immediate value simply because there are so few of them available. Now, consider the total number of possible 4-letter combinations when you exclude A, E, I, O, U and V. Domains without those letters fit into a rare category that Chinese investors see as an alternative investment to the usual stocks and bonds we all hear about on the news each day. Domain names that fit the Chinese buying criteria are traded like commodities now, based on the rarity of the domain. For your domain name to be considered a CHIP, it must not contain the letters I listed above and obviously, the shorter it is the better. Remember, fewer letters means there are fewer available which also means those which are available become worth more. When it comes to CHIPS with alphabetic characters, Chinese premium domains are ideally three to five letters long and must not contain any vowels (A, E, I, O and U) or the letter “V.”

The world of domain names doesn’t only revolve around letters. In fact, there have been several large sales for number-only domains in the past as well. Just like with letters, some numbers are used more often in the Chinese language than others. Along with that, the Chinese culture believes strongly in superstition and luck more than other civilizations. There are certain numbers which the Chinese dislike because they are considered bad luck or can represent evil. For example, take a trip to China and see how many hotels have a 4th floor. The number 4 is NOT considered a good number in the eyes of most Chinese. On the other hand, if you look at Chinese restaurants around the US you will find many of them contain the number 8. That’s because 8 is considered to be an extremely good and prosperous number for Chinese people and it’s probably the most desired of all numbers. For your numerical domain to be considered a CHIP, it must not contain the numbers 0 or 4. The highest value numerical CHIPS will contain the number 8, and if it’s repeating the domain will be of even higher value. Something with two or three repeating 8’s within a short (3-5 numbers in total) domain will have extremely high value!

Where To Buy Chinese Premium Domains

Premium domains with Chinese letters and numbers can be found on most of the large marketplaces today (Sedo, GoDaddy, Afternic..etc). Those wanting to sell their Chinese premium domain names should list them on 4.cn as it’s easily one of the most popular domain marketplace among Chinese investors.

China is home to some of the greatest wealth in the world, but converting that wealth to investment (especially overseas) has long been a challenge to its citizens. Since domain investing around China has become more popular over the years, more and more of its citizens are willing to invest some of their hard-earned money into it. The days of hand registering a three, four, five or six letter (or number) domain with only Chinese premium letters and numbers is long gone, but you can still find them in the aftermarket. Just remember, they will hold more value if there are all one (either all letters or all numbers) and not mixed. 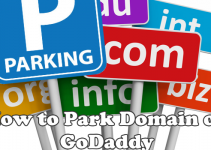