Home > How to > How To Make a Tweet Go Viral

Every business dreams of having one of their tweets go viral. A viral tweet can be extremely powerful from the simple fact that the exposure you get will equate to thousands, if not millions, of unique views. The amount of exposure you can get from just one viral tweet would normally cost hundreds (maybe even thousands) in Twitter advertising costs. So, what exactly is the formula for getting a tweet to go viral on Twitter? Well sadly, there is no exact formula to achieve such a thing. Twitter uses several different factors when ranking tweets and the most you can do is try to create good tweets that people will want to share, which in return can make them go viral. Listed below are some helpful tips you should keep in mind when creating your tweets. By following these simple tips you are guaranteed to increase the likelihood of it getting shared, starting a chain reaction of shares until it becomes viral.

Include Emotion – Emotion is extremely important when tweeting. It allows the user to understand how the tweet will make them feel, at a glance, without ever reading or watching the actual content. Emotion in a tweet is also important due to the fact that it’s what connects people inside. The truth is, we all feel similar emotions in similar situations. Therefor, if you add emotion into your tweet (and it’s the same emotion those other users are feeling when reading/watching the tweet), they will instantly feel more related to it.

Tweet At The Right Time – A huge factor in the success of your tweets comes down to what time you’re tweeting. Different times of the day (and different days of the week) will affect the chances of it successfully going viral. For example, a tweet at 6AM on a Monday morning will certainly generate less engagement than the same tweet being posted at 5PM on a Sunday afternoon. As a general rule of thumb, mid-morning to mid-afternoon from Monday-Thursday is usually the best time during the work week. That’s because people are generally on lunch break and sitting on their phone during then.

Ask For A Retweet – Call to actions are important for website success, and the same goes with Twitter. They’re great because in just a few short words you can tell other users what to do, which usually results in the conversion you want. Asking for a retweet will significantly improve the chances of your tweet getting retweeted and likes. If you decide to ask for a retweet, make sure you wait and ask at the end of your tweet. This way Twitter users will be able to read the content first before they are asked to share something they haven’t yet engaged with.

Always Share Quality Content – If the tweet content is not of the highest quality, it probably won’t go viral. Above everything, the most important factor to making your tweet go viral is quality content. Remember, this is what the user is actually reading in your tweet and it has to be interesting enough for them to wanna share. Not every tweet can go viral because as you probably already know, most of the tweets that are out there just aren’t entertaining or interesting enough.

Don’t Forget The Hashtags – Popular hashtags are a great way to get additional exposure and you should be including 1-3 of them in every tweet you post. You should include them directly into your tweet like an in-context link. For example, “Check out this Ferrari drifting around Silverstone! #Ferrari #Silverstone #Supercase” could be shortened to “Check out this #Ferrari drifting around #Silverstone! #Supercar” if hashtags are used properly. 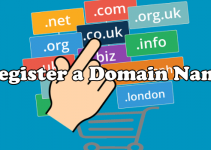 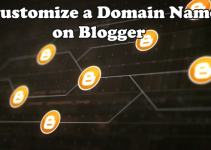