Home > How to > How To Avoid Problems With The New TLDs

Although people outside of the domaining industry don’t know it, one of the biggest restructuring efforts in the history of the internet has been taking place since back in March of 2013. Before that time, websites were basically divided into a limited number of generic top-level domains (TLDs) like .COM or .INFO, and country-specific domains like .CO.UK or .US. This all changed after hundreds of new extensions were officially launched. Even two decades ago at the turn of the millennium, it was obvious that the existing system wasn’t growing at the same rapid speed as the internet. Changes needed to be made and after years of going back and fourth about the issue, ICANN finally made up its mind and relaxed address allocation.

The non-profit organization (based in Los Angeles, California) has been entrusted with allocating domain names since the 1990s. For anyone wanting to learn more about ICANN, I would suggest checking out my other blog post titled What Is The Purpose Of ICANN. The decision to expand the TLD name options was made in summer 2011. The gradual introduction of new generic TLDs would relax the domain market and enable users to register short and precise internet addresses despite increasing demand in the future. The result of this was the introduction of an application phase in which suggestions for new address endings could be accepted. Every term was theoretically an option as long as it complied with ICANN’s guidelines. This freedom led to controversial suggestions like .guru, .sucks, and .wtf as well as other numerous lengthy proposals.

ICANN’s decision to loosen address allocation proved to be rather popular. Shortly after people caught wind of the decision, they turned to the administrative offices with their applications. This included a wide variety of entities ranging from businesses, cities, communities and even non-profit organizations. Suggestions included trademark domains like .apple or .bmw, regional references like .nyc and .boston, as well as general terms like .love, .blog, and .shop. But in the midst of rejoicing about of this new-found freedom, there was worry about whether competing companies or critics would already own the ending you wanted for your brand name, product line, or business segment.

After further discussion and controversy, different stakeholders claimed certain top-level domains for themselves and consequently tried to stop others from using them. Because of that, you will find that some new domain extensions are private and not available for the general public to register. These include brand nTLDs, for example. Others are awarded to certain stakeholders or non-profit organizations after a community application. Regional endings, on the other hand, can only be used for sites that have actually have something to do with the geographic place they’re named after.

Amazon not so lucky with its own brand nTLD
One of the most profitable companies operating over the world wide web is Amazon. But, they didn’t have much luck when it came to registering their own domain extension. When applying for the .amazon extension, the business had to submit an appeal issued by the nations bordering the retail giant’s rainforest namesake: Brazil and Peru. These countries intended to use this ending to inform people about environmental issues regarding the Amazon River and the rights of the indigenous people. The alliance insisted that ICANN give geographical categories special protection. 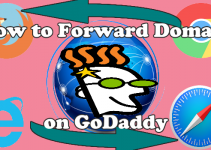