The highest number of registered domains among nTLDs

.xyz is amongst the most popular extension in nTLDs. Its popularity is mainly coming from the cheap or even free price and from the general usability.

.xyz is by far the most registered nTLD so far, currently exceeding 1.1 million registrations and having a 16% market share amongst nTLDs. If we consider these numbers alone, .xyz would be a clear and huge success story. It should be noted, however, that domains with .xyz extensions were freely and automatically added to Network Solutions accounts and by Chinese registrars  and when the domain turned 1 year old, it is promoted with a $1 registration price. The number of domains registered for full price (which is also cheap, around $10) can be way lower, maybe not exceeding 100,000 domains. The registry operator of the extension is xyz.com managed by the youngest CEO in the industry, Daniel Negari.

Since giving things away for free can have a devaluating effect, it is a very risky marketing strategy. It is also clear from domain sales that it is almost impossible to sell a .xyz domain. The highest .xyz sale is deals.xyz so far for $8113, followed by three another 4 figure sales (cloud.xyz for $6600, customer.xyz for $1999 and ccc.xyz for $1210). There is no more public 4 figure sale for a .xyz and there is no 5 or 6 figure sale at all. The best one word .xyz domains are sold at auction by Namejet and despite of the intensive promotion, most of these names are sold for 2 figures or low 3 figures, which is a typical registration price of other nTLDs.

Still, there are some signs of success, too. First, there is already more than 600 .xyz domains in the Alexa top 1 million list. Among these, it is really hard to find a quality website, free domains invited lot of spammers into this name space. The great side is, however, that the leader of the list is abc.xyz that was registered by Google Inc. It is the almost content free homepage of the Alphabet Inc. at the moment, which company will replace the role of Google Inc. and be the parent company of Google divisions. So the success of .xyz is basically in the hands of Google, if they build something relevant on this domain, the extension can be famous by regular internet users. It is also possible that Google has no long term plans with this domain, however, and just in the process of buying abc.com or alphabet.com (although this is the property of BMW and they revealed that they need the domain). 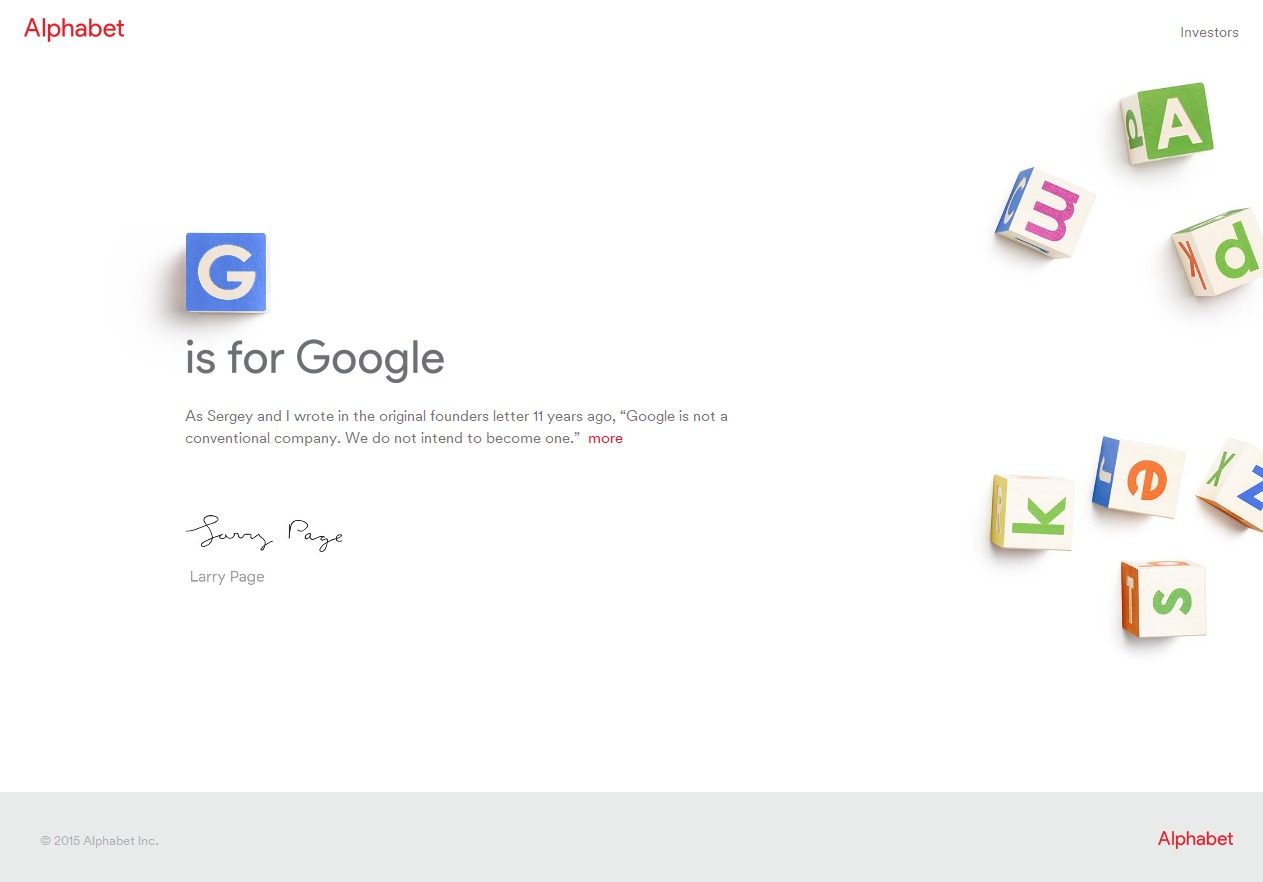 abc.xyz: The current homepage of Alphabet

To summarize, .xyz is a domain extension which has equal chance to succeed or fail at the moment. The balance of being popular and have quality is very fragile, good decisions and fortune both needed to challenge the early general extensions, .com and .net.